Created in 1978, la courte échelle was the first publishing house in Québec to specialize exclusively in literature for young people. Our catalogue, rich in over 700 active titles, appeals to all age groups, with board books for the very young, new reader books for beginner readers, and novels for pre-teens and teens.

La courte échelle’s books can be found in libraries, bookstores and schools in Québec, and across Canada. After over 40 years, la courte échelle has grown a faithful readership, who are constantly being renewed from generation to generation.

La courte échelle is a standard of excellence in young peoples’ literature in Canada, and the rest of the world. We offer stories that speak directly to children and that stimulate their imagination, capturing their attention from the very first page. These universal texts, with their quality illustrations, have charmed many international publishers. More than 300 titles of la courte échelle’s books have been translated. The works of Marianne Dubuc, Élise Gravel, Andrée Poulin (Sonali Zohra), Eveline Payette (Guillaume Perreault), Lou Beauchesne (Kate Chappell), Sandra Dumais, François Gravel and many more have been adapted by publishing companies in English Canada, China, Germany, Norway, Korea, Japan, Italy, Russia, Indonesia, Portugal, Turkey, France, Poland and the Ukraine. 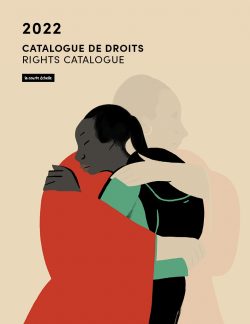