Marginality, solitude, love, sexuality, identity and social ties are some of the universal themes of the books of La Mèche, which appeal to both sexes from Montreal to Istanbul, Beijing to Mexico City, Brooklyn to Berlin.

Frank and straightforward, the hybrid, innovative and ambitious writing style of these books will continuously surprise readers, who will encounter characters whose quest very much resembles their own or those of their neighbour.

Noteworthy titles, such as Et au pire, on se mariera by Sophie Bienvenu (2011) and Dans le noir jamais noir by Françoise Major (2013) have obtained significant critical and commercial success in Quebec. They can be found in all the province’s bookstores and libraries, and many teachers of literature have added them to their Cegep curriculum. Due to its enormous success, Et au pire, on se mariera became a feature movie, directed by Québec’s well-known filmmaker, Léa Pool.

The books of La Mèche are widely recognized and have been finalists for, or have won, the Prix des libraires du Québec, the Prix littéraire des collégiens, the Prix Adrienne-Choquette, the Prix Jacques-Brossard and the Grand Prix littéraire Archambault. 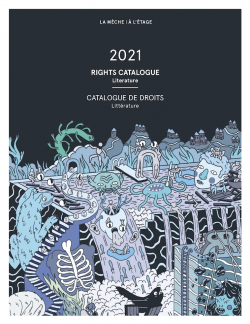